The store will not work correctly in the case when cookies are disabled.
Menu
Account
Settings
Currency
USD - US Dollar

What type of screenplays do you sell?

We sell screenplays that have been produced. We do not sell scripts in development. The scripts are all photocopies of the original draft we stock. All screenplays we sell are for educational purposes only. No rights are given or implied.

How are the screenplays bound?

Every screenplay we sell is bound just like a normal script. They are copied double sided on plain white paper (8.5 x 11), bound with two brads. We use a medium card stock cover on all scripts.  If you would like your script printed single sided, just let us know and we are happy to comply.

What about the quality of each script?

Since these scripts are collector items, the quality may vary.  Most are in pristine condition but some may have a few minor flaws.  The type may break up in areas. There may be some ink spots occasionally.  This is rare.  We believe you will be happy with the quality of most titles.

What drafts do you sell?

It varies. We provide the latest draft possible. Since these are collector items it depends on availability. Every screenplay is different. We try to get the closest version to the movie. So sometimes there may be scenes that have changed / or have been deleted from the final movie. If the final draft is not available, we will try to get the third draft, second draft, and so on.

What's the difference between a shooting draft and the final draft or third draft or writer's draft, etc?

Shooting draft is the screenplay version that is used for and while shooting. After the final draft is written with all changes made final, it becomes a locked script. Scene numbers are then added/deleted to distinguished between changes.  All changes are documented. Shooting scripts contain camera angles and directing terms.     After a script is bought and before it is locked, the writer may be asked to make many changes. These drafts become 1st, 2nd, 3rd drafts, etc., and sometimes contain major changes in narration and character. A writer's draft is considered the draft that was sold prior to any changes by the buyer or other early drafts by the writer. A writer's draft is not usually marked "writer's draft" but just date stamped.

Why do you sell earlier/different drafts that are not exactly as the released movie?

Since our customers are mainly writers, it is advantageous for writers to read what the screenwriter originally wrote, what was changed, and figure out why. And to see if it worked better. We often have different drafts for many scripts.

Some screenplays you list say Continuity next to the title. What is a Continuity Script?

A continuity script is a verbal and visual description from the released movie. It is formatted in two columns: Technical action and dialogue. It is not in original screenplay format and therefore difficult to read. We sell these scripts because with very old titles it is difficult to obtain an originally formatted screenplay and is the only one available.

How do I know if the screenplay title you list is from the same movie I'm looking for?

Since some movies have the same title of another/older movie, or are a remake, we have the year of the screenplay stamped next to most of these questionable titles. You can research different movies titles at www.imdb.com

Can I get the screenplay exactly like the released movie?

Sorry, we cannot guarantee that the screenplay is exactly like the movie. Sometimes early drafts are quite different from the released movie. Use these early drafts for screenwriting study purposes. Your best bet for getting closest to the movie is a shooting draft. Unfortunately, shooting drafts contain non-writing direction, scene numbers, and camera angles.

What if I can't find the script that I want?

If it is a new movie we may not have it yet or we may not get it in stock. Please check our home page for new arrivals and weekly specials. If it is an older script (pre-90s) and it is not in our database we do not carry it and most likely will not carry it in the future.

Do you sell TV scripts?

We carry a vast selection of TV scripts. You can find television scripts from the 50s to today’s hottest shows

Do you have stage plays?

At this time we do not carry stage plays.

Do you have foreign or multi-language scripts?

We have some scripts that were movies produced outside of the U.S.A., but most likely these movies were released in the U.S.A. at some point. All of our scripts are in English. We do not carry non-English scripts.

Storyboards are visual images of the screenplay; something the Director has done for visualizing shots and angles. They are mainly interesting to an aspiring Director.

Do you have a catalog of your screenplays?

We do send a printed or electronic catalog on CD. Our catalog is updated every day, and fully online. 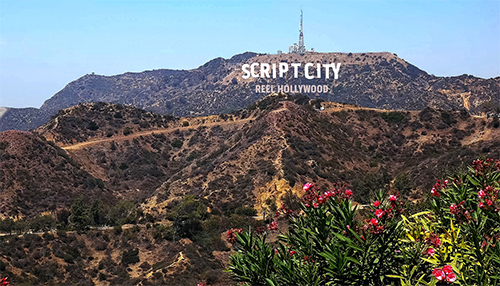